Why School Punishments for Minor Infractions Don’t Always Work on Kids - Rice Psychology
COVID-19 PROTOCOL UPDATE: All intake sessions are conducted via our secure Zoom portal. Therapy and evaluation sessions are held virtually or in-person – determined on a case by case basis as deemed appropriate, with your clinician and office policies. Click here to request an appointment or a consult with one of our licensed psychologists.

Our son is a good kid and does well in school, but my husband and I have noticed that he’s made a couple of questionable decisions in recent months. Nothing serious, but enough to get our attention. We spoke to him about them when they happened, and he was always receptive. Last month, though, he was given detention after talking back to one of his teachers. He was angry and told us, “This is so stupid! All I did was make a joke about something she said! She knew I was kidding! Other kids at school do way worse and don’t get in trouble!” Since then, his behavior has intensified. He’s become bolder in his language and is showing less concern for his actions by talking back more, even to us! We’re clueless as to what to do. 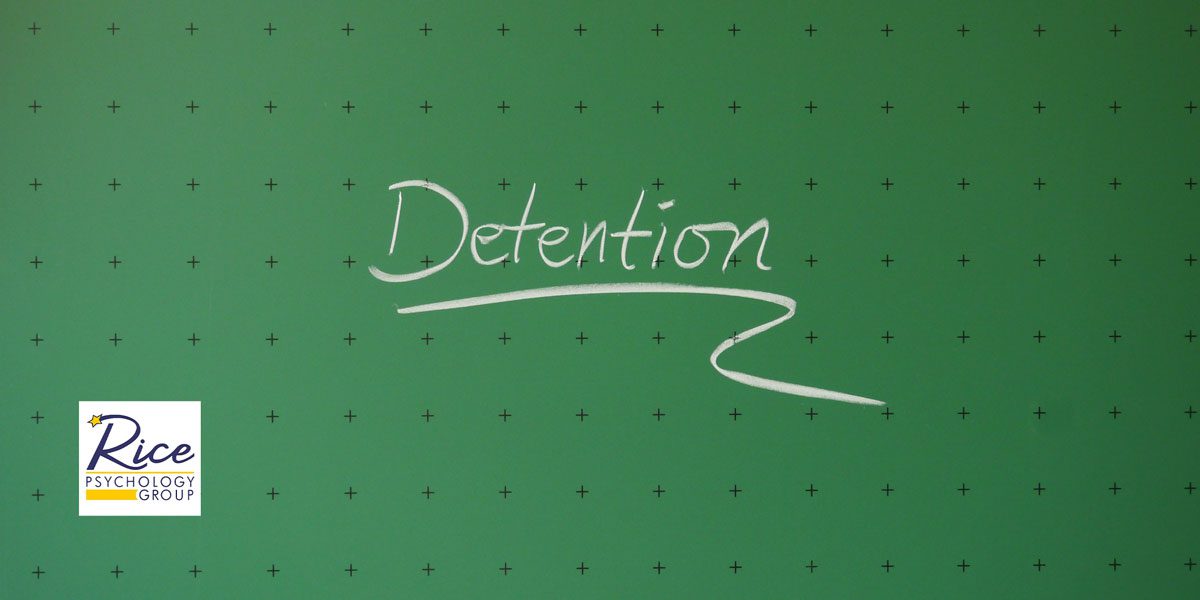 I recently reviewed a fascinating January 2020 study in American Psychologist that explored the effectiveness of the ways that minor infractions are addressed in schools. First and foremost, it’s important to recognize the cognitive, biological, and social changes that occur in adolescence. One of the most significant changes is a teenager’s need to establish autonomy from adults. Let’s take a close look at this topic below.

The “Coolness” of Looking Defiant

Teens can be eager to differentiate themselves from their parents and may demonstrate increased impulsive behavior. They can spend significant energy identifying rules that are inconsistently enforced and break them as a way to establish independence and garner social acceptance. It becomes a cost-benefit analysis that weighs the penalty of misbehavior against the “coolness” of looking defiant.

It seems likely that minor misbehaviors are instrumental for adolescents to attain their goals of peer acceptance and autonomy. Attempts to meet this need can look several different ways. Some of the more common behaviors include using profanity or wearing provocative or very expressive clothing that might violate a school’s dress code.

Due to issues beyond a teacher’s control, like overcrowding, many schools have adopted a zero-tolerance approach for misbehavior, no matter the seriousness of the misdeed.

The Ineffectiveness of Punishing Minor Infractions

While we can all feel certain that significant misbehaviors should be addressed swiftly and specifically, there doesn’t seem to be much flexibility when it comes to correcting unwanted minor infractions in the classroom. Interestingly, the research from the study I mentioned earlier provides evidence demonstrating that the punishment of minor infractions may actually escalate adolescents’ misconduct at school instead of deterring it.

The findings suggest that if a teenager perceives that the punishment for their misbehavior was unjust, their response might be to intensify this behavior in order to assert their perceived attack on valued freedoms. Simply put, this research demonstrates the ineffectiveness of punishment, as it currently stands, for minor infractions in school.

Dealing with the Issue at Home

Ideally, this information can begin to inform behavioral decisions at schools moving forward, though it would also be beneficial to consider the following information when dealing with minor infractions at home.

We can start by placing value on building strong relationships, whether they’re teacher-student or parent-child. For example, incorporate a collaborative approach that facilitates a conversation between you and your child that emphasizes their role in the management of the classroom or home by co-creating rules, expectations, and repercussions. This has yielded positive outcomes in the past.

Another recent study set out to explore a more nuanced, empathetic response to misbehavior. Teachers underwent a brief training that helped them place greater value on student perspectives and fostered strong student relationships. The results? A 50% reduction in school suspension rates!

As more and more research demonstrates the ineffectiveness of a zero-tolerance policy for minor behavioral infractions, the question becomes: whom (if anyone) benefits from these current practices and policies?

Our licensed psychologists and therapists in Tampa understand that parenting can be difficult, especially when your child is in his/her/their adolescence. We invite you to set up an appointment if you need some help in dealing with this issue or simply want to get some things off your chest. Contact us today to make an appointment or to learn more about our services.