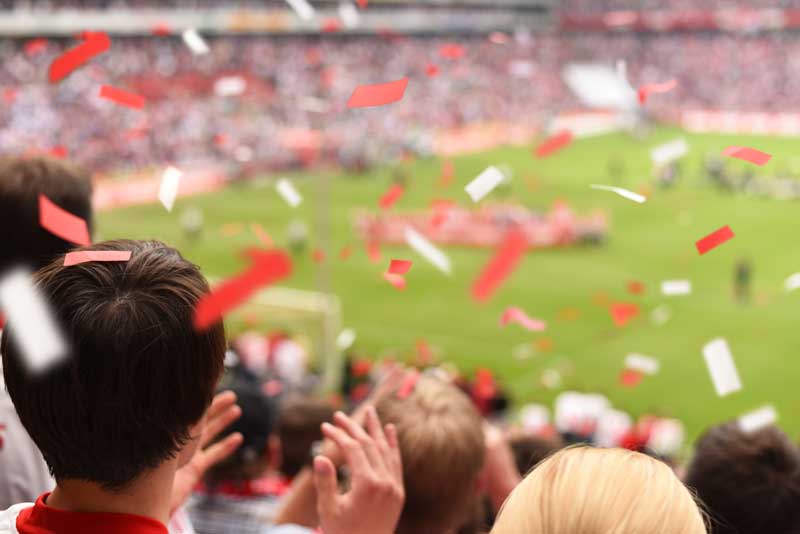 My husband is a huge fan of baseball. Although he enjoys the game in general, the Tampa Bay Rays are by far his favorite team. He lives and breathes anything that has to do with them. He follows them on social media and never misses one of their games. This is fine with me, but sometimes I notice he gets extremely competitive and defensive when they aren’t doing well. Just the other day, he got into a heated discussion with his brother about the team not doing well this season. It got so bad that he started shouting. Whenever we attend a game, it’s almost guaranteed that he’ll get into it with other fans that talk down to the Rays. He knows that he gets carried away sometimes, and I’m wondering what can be done about his behavior.

There are many people out there who will stand by their favorite sports team, no matter how well or badly they’re playing. It sometimes comes to the point that even the most ardent fans will become defensive if their team is performing poorly. But what makes them act this way? At Rice Psychology Group, we understand this can often be a problem for you and your loved ones. Our team of psychologists wants to help by discussing the ways in which sports can affect fan behavior and how you can possibly overcome it.

Rice Psychology Group understands that different people have different reactions to certain factors. Contact us today to learn how we can help you.

A Passion Built on Rivalry

In baseball, the New York Yankees and Boston Red Sox hold one of the most well-known rivalries in sports. Fans of both teams also participate in this heated competition. For the most part, it’s harmless bickering, or “trash talk”, but sometimes, fans can take it a step further. We’ve all read or heard stories of people getting into fights with fans of opposing teams. In other cases, there have been reports of people making threats. So what is one possible reason some people act this way?

In sports, there will always be winners and losers, and everyone will experience both sides. Click To Tweet

According to Psychology professor Daniel Wann of Murray State University, fans feel a psychological connection to their team and the team’s performance is seen as self-relevant. For example, if Person A’s team was victorious, they may feel a sense of pride. Person B, whose team lost, may feel failure. These rivalries, built on one’s passion for their team, can be taken personal. If A is taunting or making fun of B’s team, B may take it as a personal attack and lash out.

In sports, there will always be winners and losers, and everyone will experience both sides. Below are three things that can help prevent any ill feelings toward another fanbase if their team has won:
Sometimes, dealing with a sports loss might simply mean brushing off disappointment. Click To Tweet

We Want to Hear from You

Sports can be fun and fulfilling, and dealing with losses and victories comes with being a fan of a team. Rice Psychology Group understands that dealing with loss isn’t always easy, but we want to help. Our team of psychologists will provide a comfortable and judgment-free setting in order to hear your side of things so that we can help you find your way back towards feeling normal. Contact our location in Tampa today to get started.