Bullying: A Look at Both Sides of the Issue, Tampa Psychologist | Rice Psychology Group 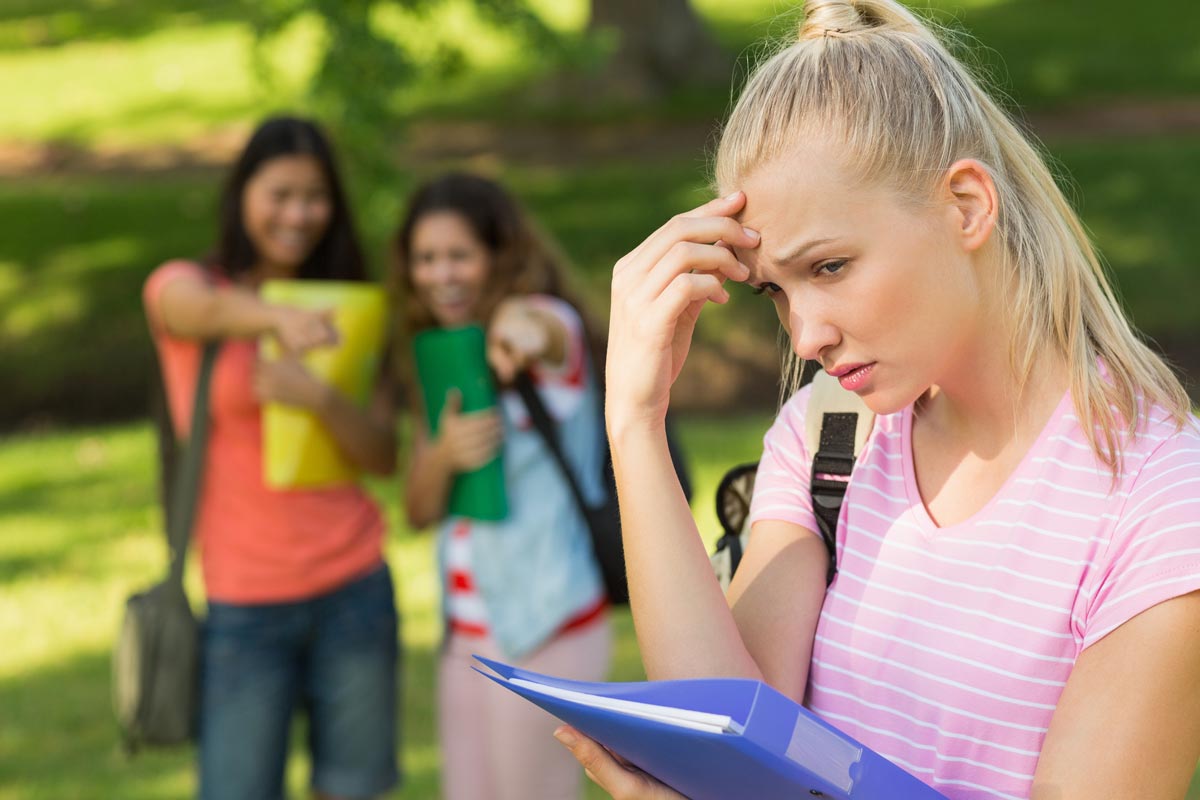 Over the past few months, I’ve noticed my daughter Ashley acting differently. At first she would come home from school and would completely avoid talking about her day. Then it progressed to her rushing up to her room and not coming out until suppertime. When I ask her about her behavior, she immediately changes the subject and brushes off anything having to do with school. Just last week, however, I noticed she had some bruises on her arm and asked her about it. She got defensive and said nothing was wrong. I immediately spoke to her teacher about it and she said that she’s noticed Ashley’s behavior as well and believes the problem might be stemming from my daughter having some issues with other girls in her class. Is Ashley dealing with a bully?

Learning that your child is dealing with a bully can be heartbreaking, troubling and worrisome. It happens to countless children across the country, leaving many parents, teachers and others wondering what can be done to stop the problem. Before dealing with the issue head-on, it’s important to know the facts surrounding bullying, such as its causes and how it can affect both the children doing it and those being bullied.

Bullying is an issue that all parents should consider serious. Contact Rice Psychology Group to learn how to help both yourself and your child deal with this problem.

October is “National Bullying Prevention Awareness Month”, and across the country, parents, community leaders and children are doing what they can to address this problem. Remember that bullying can happen at all times of the year, both in school and out.

Many children who are bullied describe the experience as making them feel less as a person. Click To Tweet

Before delving into the effects of bullying, it’s important to understand what it is and how it differs from other behaviors, such as day-to-day conflicts or arguments. PACER’s National Bullying Prevention Center defines bullying as a “behavior that hurts, harms, or humiliates a student, physically, verbally, sexually or emotionally, and can happen while at school, in the community, or online.” Although bullying can happen just one time, it is often repeated. It is intentional behavior and there is usually an imbalance of power between the bully and the victim.

Children who bully tend to have more physical or social influence or power and those who are bullied are usually unable to stop a bully’s behavior. Many children who are bullied describe the experience as making them feel less as a person.

Bullying is sometimes associated with conflict, but the two are very different. Conflict involves a disagreement where two sides express their views. Bullying, however, involves one side intentionally exerting a negative behavior with the intent to intimidate or control another person.

The Effects of Bullying and Being Bullied

Children who bully are at risk of repeating their behavior or continuing it into adulthood. Click To Tweet

Bullied children can experience several long-term effects as well that can include:

It’s also possible for bullied children to violently lash out due to the pressure they’re experiencing. According to stopbullying.gov, in the 1990s, 12 out of 15 students responsible for school shootings had been bullied. On top of that, children who are bullied have a higher risk of suicide where depression, the trauma of the experience and problems at home play roles.

To further show how common bullying is in America and how it’s handled:

It’s important to remember that bullying should not be ignored, no matter how harmless it appears. It doesn’t matter if your child is being bullied or is doing the bullying; the issue needs to be addressed immediately. Kids often worry that if they speak out, then the problem will get worse. They worry that parents and teachers will create more problems and that they will be known as a “snitch”.

Please handle the information your child gives you with care. Learn about bullying so that you can advocate for your child and teach him/her how to stand up for and protect themselves. There are times when kids will need class schedule changes or a buddy to walk with in the halls. All kids deserve to feel safe at school and in the community. Bullying is NEVER okay and needs to be handled seriously and with care.

For more information, follow this link to an in-depth guide from PACER on bullying.

We Want to Help

It’s important to remember that childhood and adolescence is filled with its ups and downs. As a parent, it’s even more important to know as much as you can about what your child is going through, both personally and at school. Rice Psychology Group understands that being a parent can be tough, but with our team of psychologists helping you, it doesn’t have to be. Get into contact with us in Tampa if your child is being bullied or is bullying and are unsure of how to address the problem.