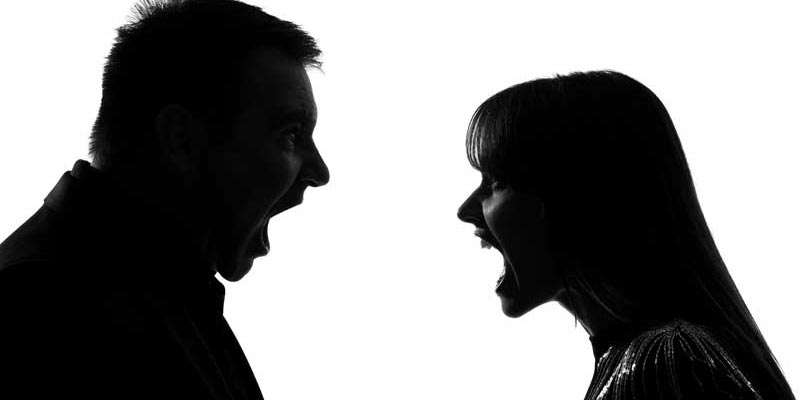 My dad and oldest uncle have always been close, but lately they’ve constantly been at each other’s throats due to the upcoming presidential election. My dad is liberal and my uncle is conservative, so you can see how that might cause some heated discussions. Whenever we have a family get-together, it’s guaranteed that these two will butt heads when anything remotely political comes up. It’s gotten to the point where they just greet each other and go their separate ways instead of talking by the barbeque or at the table like they always did. It saddens me to see them like this since I love them both so much. Is there any way they can be in each other’s presence without things going south?

We believe it’s fair to say that this presidential election has been incredibly divisive. On television, we’re constantly bombarded with political ads filled with name-calling and unconfirmed claims. On a personal level, many Americans have had to deal with family or friends becoming very vocal about who they’ll be supporting and why.

We believe it’s fair to say that this presidential election has been incredibly divisive. Click To Tweet

Disagreements about candidates can become rough to the point where relationships are strained. According to a Monmouth University poll released in late September, 7% of Americans claim the election has cost them a friendship.

Rice Psychology Group wants to provide some insight into how disagreements between close friends or family can be dealt with. Read on to learn more.

We understand how much you value your relationships with friends and family. Contact Rice Psychology Group today to learn how to maintain close bonds when disagreements get in the way.

Election years can bring out the worst in people. Chances are you might have found yourself having to deal with a friend or loved one who’s actively voicing his or her support for someone with whom you disagree. As a result, these personal relationships can be hard to maintain. This is not an uncommon occurrence.

Political scientists Shanto Iyengar of Stanford University and Sean Westwood of Princeton University conducted a study titled “Fear and Loathing Against Party Lines” detailing how people discriminate against those supporting other parties. They call this phenomenon the “outparty animus”.

When family members or friends fail to have a reasonable political discussion, tempers can flare and words can be said that are later regretted. It’s important to know that there isn’t anything wrong with supporting a candidate you feel best represents your ideals, but ideally, don’t let that get in the way of your relationship with someone. But how can this be avoided?

Sharing political opinions with one another can spawn great discussions, however, they may not always be constructive. If you find yourself speaking with someone whom you feel may be trying to force their viewpoint on you, it is probably best to avoid the topic altogether. This is especially true if one or both of you have very strong opinions on a topic and tend to have difficulty finding middle or neutral ground.

If the topic does come up, however, is it possible to have a decent conversation without both sides trying to bite each other’s heads off? Yes, absolutely. Despite two sides having different views, chances are they may share opinions regarding another topic. This is where they can reach middle ground, and it shows that they can have a conversation where ideas are shared rather than forced on each other. The bottom line is, if it can be avoided don’t bring up politics. If not, concentrate on something the two of you have in common.

The Experience Can be Enriching

A 2011 Boston College study titled “Can Friendships Be Bipartisan?” discovered that many liberals and conservatives are comfortable with at least some amount of bipartisanship amongst friends. Despite the fact that most people seek others with similar beliefs and opinions, other factors play important roles in friendships, such as dependability and trustworthiness.

Having friends with different beliefs can be enriching since discussions about politics introduce new ideas and ways to overcome certain issues. The fact that two sides are friends or related can further help in finding common ground since one can greatly value the opinion of another depending on the relationship they share. Think about it like this, whose opinion on a matter means more to you, a stranger off the street or a friend of 10+ years?

Helping You Maintain Your Relationship

Yes, politics can get ugly, but your relationship with someone you care about should never come under fire because of differing opinions. If you are experiencing trouble with a friend or family member due to heated discussions regarding any topic, know that we want to help. Our team of psychologists will do its best to provide some tips and guidance to help you face the issues that can strain your important relationship. Get in touch with us in Tampa to learn more.