Closeness is Caring: The Benefits of Dog Ownership for Your Children | Rice Psychology

Consider the following story as it relates to this topic.

At around age 8, I noticed my son Dylan keeping to himself and interacting less with school peers (according to his teacher) than what was normal. My husband and I figured it was just a phase he was going through, but it lasted for almost two years. For his 10th birthday, we decided to adopt a German Shepard puppy. In the weeks following, Dylan had a complete transformation. He’s now much more open about his feelings and opinions, is more sociable and much more affectionate with us and his younger brother. It seems that having a close companion helped him come out of his shell! 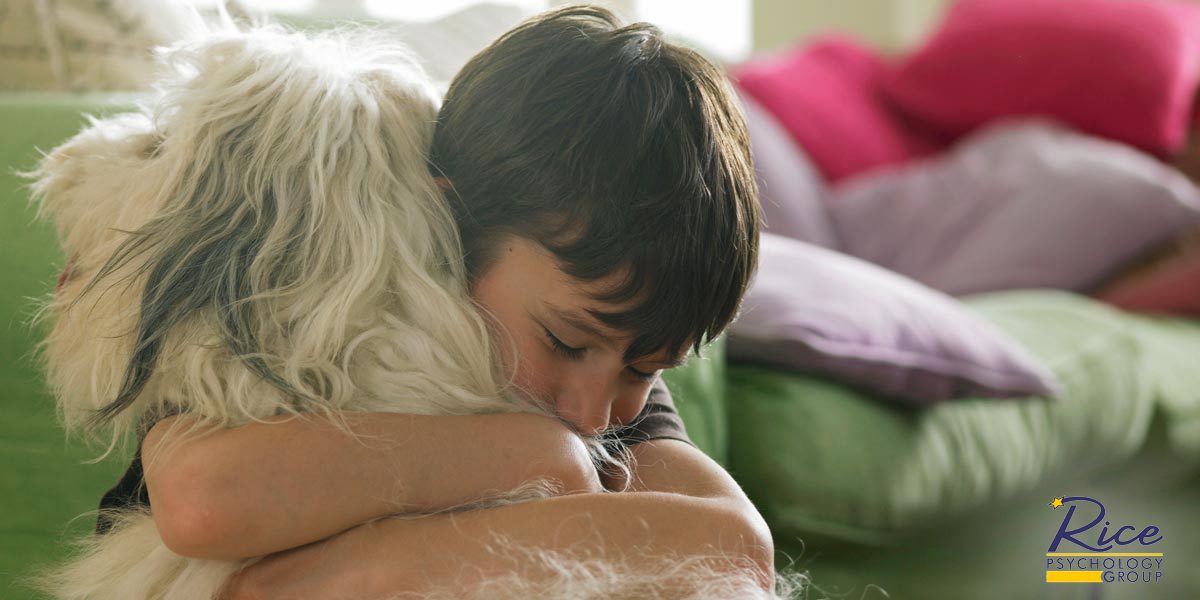 According to a recent Kent State University study, children who have close bonds with their dogs are very likely to be more attached to their parents and best friends. The study, which observed 99 kids aged 9 to 11, ultimately found that if one bond is strong, then the other will likely be the same.

Kent State professor and lead researcher Kathryn Kerns revealed that it’s hard to determine which of the bonds come first. However, it was found that children who have prevalent physical contact with their dog(s) are more likely to have better relationships with their mothers.

While it’s unclear why this is so, one theory explains that this can happen due to the mother’s role as a “safe haven” for a child. This role can be somewhat of a parallel to a child’s closeness to others, including their dog.

Kent State conducted an additional study that evaluated the relationships between children, their stress and their dogs. During the study, the 99 participants from the previous study were asked to deliver a short speech about their life. Half of the kids were allowed to have their dogs in the room, while the other half didn’t. Researchers then told those kids that their speeches would be watched by other experimenters and videotaped for future reference.

According to the study, the kids with dogs looked altogether happy in the situation, while the other half were visibly more stressed. A separate study was coauthored by researchers at the University of Florida, Texas Tech University and Arizona State University where children were submitted to a stress test with their pet dog, a parent or alone. It found that children were less stressed with a dog present.

While there is no straight answer as to why dogs help children feel this way, Kerns has an interesting idea. She theorizes that, while we might worry that our friends or family might judge us in any given situation, our dogs won’t.

At Rice Psychology Group, we know just how great life can be with a four-legged companion. We’ve made it easy for our clients to open up to us about their issues thanks to the very lovable and friendly trio of Milo, Abby and Molly! If your child is feeling a bit down or is experiencing an issue that’s concerning you, then reach out to our licensed psychologists in Tampa today.