Fortnite: Get to Know the Hottest New Sensation and What it Might Mean for Your Kids | Rice Psychology

Last week was the first time in months that my friend Kate and I went out for dinner. In between laughs, we began discussing my son Steven and his friends, who are almost always at our house. I mentioned that, over the last few weeks, I’d heard them talking about “victories”, laughing about “Tomato Town” and constantly saying, “Where are we dropping, boys?” around the house. Kate’s son is also making these funny references and told me that it’s from a new video game called Fortnite. Kate says it looks innocent enough, but I still think I should get a bit more familiar with it. After all, I think it’s my job to understand the things that my kids are involved with most of the time. 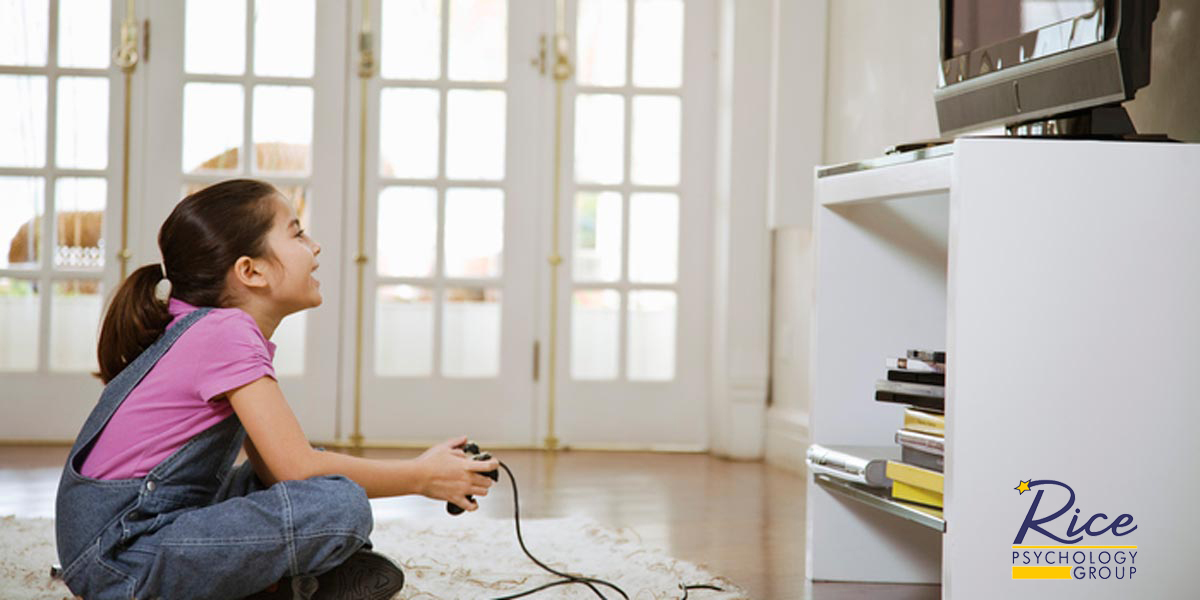 If you haven’t already heard, Fortnite has taken the world by storm. Perhaps your kids are playing it in the living room this very instant, or maybe you’re the one gearing up for a lengthy game session. If it still doesn’t ring a bell, you don’t have to worry. We’ll be talking a bit about it in this piece. We believe it’s extremely important to understand new trends that your kids are into, so let’s get started.

A Trend to Keep Under Watchful Eyes

Fortnite is a video game with cartoonish graphics, a simple game style and easy mechanics that is highly accessible to gamers of any level. It can be played on personal computers, game consoles or even on mobile devices!

While the game’s main synopsis involves players surviving hordes of zombie-like creatures, one of the its biggest draws is its Battle Royale game mode, which is currently free. Fortnite Battle Royale pins up to 100 players against each other in an all-out clash within a vast map. While the goal of the game is to defeat enemies with various weapons, the violence is kept cartoonish and far from graphic.

All of these attributes have had a huge impact on the game’s popularity. The game has become so trendy, in fact, that many celebrities have joined the community. From musicians such as Chance the Rapper, Drake and Joe Jonas to actors like Finn Wolfhard, there’s no denying that Fortnite has taken the video game world by storm. But what does this mean for your kids?

Fortnite’s current state has made it extremely trendy. It’s so easy to play and so “in” that almost everyone wants to try their hand at winning a match. However, this attraction to popularity can potentially become an addiction. In a previous Rice Psychology Blog, we discussed the popularity of selfies, the obsession some people have with them and how they can potentially become dangerous.

Fortnite’s appeal is so vast that it’s possible for an unhealthy addiction to form in the same manner as an addiction to selfies. Kids can potentially fixate on winning matches, spend hours on end playing the game and even spend time away from the television to strategize, obsess or discuss it with friends.

As a parent, the best thing to do is to help your kids understand the game’s themes and how they can be applied to life. To win a game of Fortnite, players must utilize teamwork effectively, properly communicate throughout an entire round and help each other through the many obstacles that can arise.

These are all lessons that can be applied to your child’s everyday life, and it’s your job as a parent to help him/her make the same connection. With that said, it’s important to not let your kids play the game too much. Talk to them about the dangers of overplay, limit their time in front of their sceens and make sure they don’t go to bed with their phones.

Help is Just a Phone Call Away

Trends may come and go, but our involvement with them can become problematic. Click To Tweet If you or someone you know has recently become too obsessed with something and needs help, Rice Psychology Group wants to lend a hand. Our team of psychologists in Tampa can help you understand the issue to find the best way to face it. For more information about our services, give us a call in Tampa today.