Parental Awareness: Discussing Mental Health, Its Effects, and Understanding it with Your Child | Rice Psychology

My son, Matthew, came to me today and said that a classmate of his had been pulled from school after being diagnosed with what I later found out was a severe episode of depression. My wife and I sat down with him to explain what the disorder was. Matt is only nine but has a good head on his shoulders. He listened to what we had to say and asked some pretty good questions. I never really imagined that we’d have to talk to him about mental health at such a young age, but I’m glad we did. I wonder if all parents do the same with their kids. 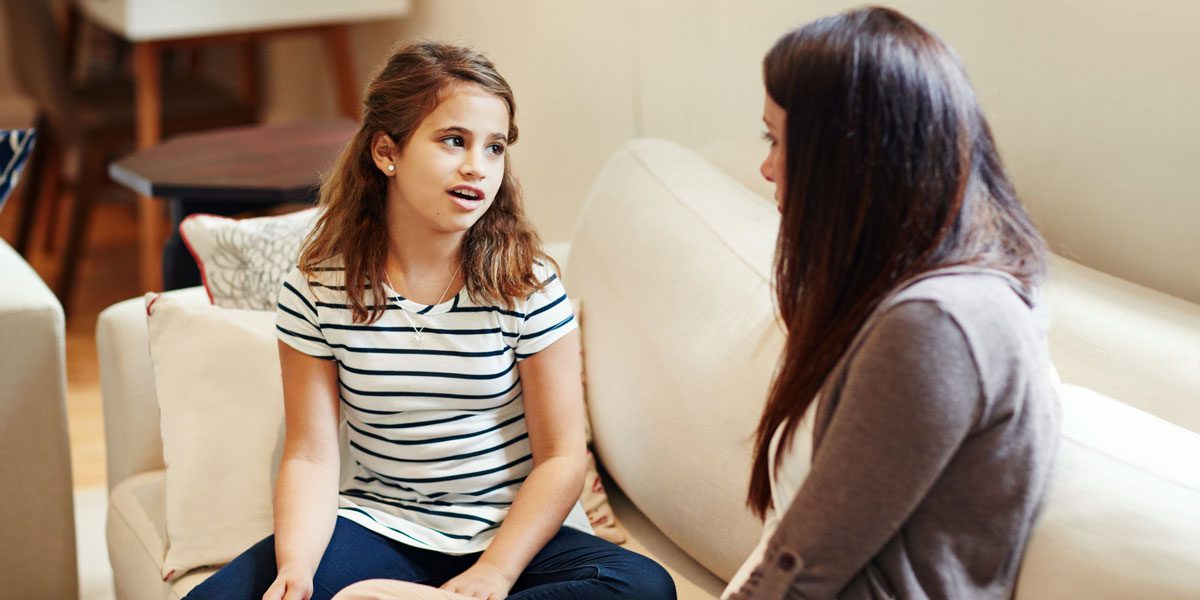 Mental health has become a frequently talked-about topic in recent years. It’s highlighted in movies like Silver Linings Playbook and Joker and even heard in albums by artists such as Lady Gaga and Sia. Yet, despite how often the topic appears in our culture, it can still be hard for parents to talk about it at home. Our licensed psychologists and therapists want to discuss this very serious topic below.

Lady Gaga and her mother, Cynthia Germanotta, established the Born This Way Foundation to educate people about mental health. Just a few days ago, Germanotta appeared on a popular morning television show to discuss her experience with her daughter’s mental health.

She revealed that her daughter was “very unique” growing up; a trait that she was often humiliated, taunted, and isolated for. “She went from a very happy and aspirational young girl to somebody that started to question her self-worth, to have doubts about herself. That is when we actually saw the turn,” Germanotta said.

Germanotta also added that things were different when she was growing up. “I relied on the generational grit of just sucking it up and getting on with it,” she said. She then discussed the difficult task of deciphering her daughter’s “normal” and not-so-normal behavior.

According to Susan Newman, Ph.D., there are some signs to look out for when your child is dealing with a mental health issue. These include:

As a parent, one thing you can do for your kids is to open up about your own issues with mental health, if you’ve ever had your own struggles. It’s a productive way to teach and learn about a topic that many people struggle with. Yes, it can be an uncomfortable conversation to have, but according to the National Council for Behavioral Health, there are a few steps you can take to make things easier:

Even if you’ve never dealt with a mental health issue, it’s still a great idea to create a conversation about it. Maybe your child saw something on TV or perhaps you have a relative dealing with the issue. No matter the reason, talking with your kids about it can be a bonding and character-building experience.

Mental health is often not an easy topic to address, but Rice Psychology Group will do everything to make it positive. Our Tampa-based therapists and psychologists want to help you and your loved ones speak about your issues in a welcoming and encouraging environment. Contact us in Tampa today for more information.