No One Chooses to Experience Depression and Anxiety - Rice Psychology

About three months ago, I was diagnosed with depression after moving to a new city to start a career. It’s been rough not having family and friends in this different environment. A few days ago, I spoke about it with some of my coworkers and one of them responded with, “Oh, it can’t be that bad. Just try to be happy!” Hearing that upset me because my depression isn’t controlled with an On/Off switch. I try my best to put on a happy face, but sometimes it’s just impossible. I know many people experience this as well, but so many others have no idea what’s it like! 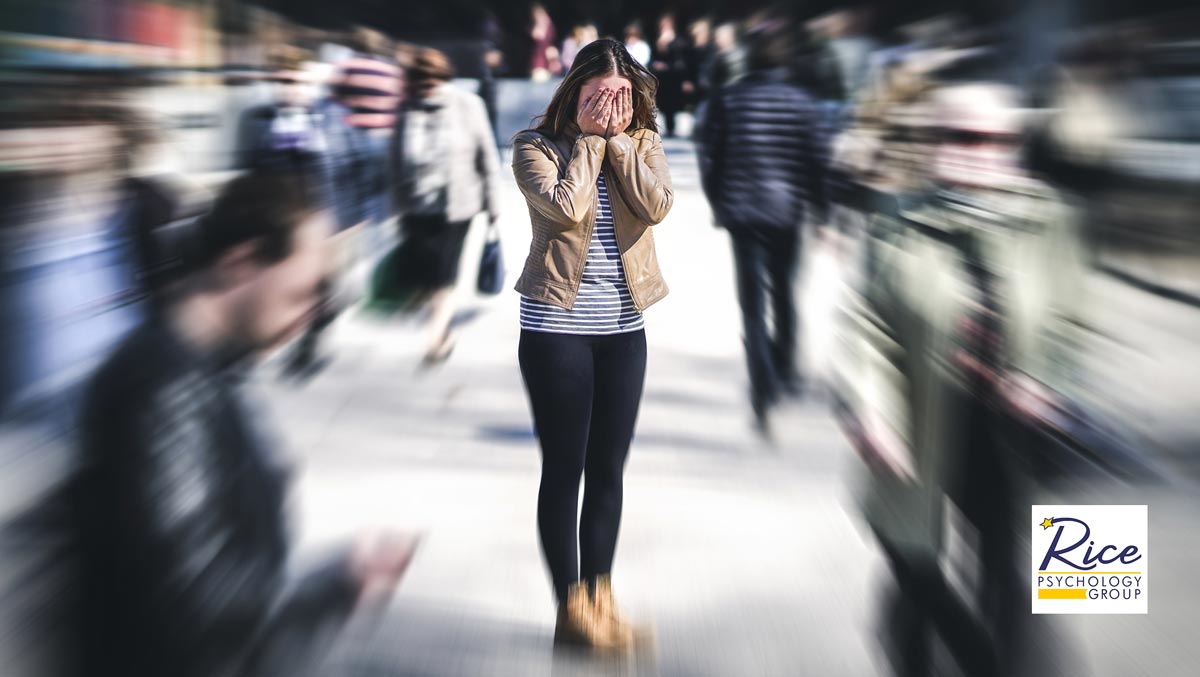 According to the Anxiety and Depression Association of America (ADAA) and the National Institutes of Mental Health (NIMH):

Based on these numbers, consider how many people around you could potentially be dealing with a mental illness.

Depression is an Illness

Depression is sometimes associated with unhappiness. In fact, many assume that someone with depression can just “choose” to stop feeling that way. The reality is that depression, and its feelings of hopelessness, rejection, lack of concentration, and suicidal tendencies, is a very real and sometimes debilitating illness.

We can see signs of it in the brain and know that actual brain chemicals or neurotransmitters play a major role in why we feel so poorly when depression takes hold. So, thinking that someone with the illness can simply decide to not feel that way unfairly lessens the magnitude of their burden.

Some of the most common misconceptions about depression include:

Fortunately, depression can be treated, however, less than half of those affected seek professional help.

Anxiety is Not a Choice

John P. Forsyth, Ph.D., a psychologist and co-author of Anxiety Happens: 52 Ways to Find Peace of Mind, says, “Nobody that I have ever known or heard about has ever made a choice to feel anxious, afraid, stressed, depressed, or any one of the countless emotions that we are all capable of feeling.”

He added that every single person will come face-to-face with anxiety and fear at one point or another. It might sound disheartening at first but recognizing this idea can be the first step to feeling better.

By recognizing the anxiety you’re dealing with and the effects it’s having on your mind and body, you can begin to accept it as a part of you instead of trying to ignore it and allowing it to grow. While you can’t simply decide to stop feeling anxious, you can choose to do something about it.

The very first step is to recognize and identify the symptoms of anxiety. While they vary depending on the type of anxiety disorder, they generally include several of these symptoms:

Next, it’s helpful to understand how anxiety operates and why. Knowing what’s going on behind the scenes in your brain and body gives us an idea of how to treat it. Yes, there are actual strategies that we use to help people feel better.

As we mentioned before, depression and anxiety can both be effectively treated by professionals, and we have several professionals who specialize in helping kids and adults at Rice Psychology Group. The hardest part is often the very first part: seeking help.

Stay tuned for an upcoming blog on how both depression and anxiety can be effectively treated.

Let Rice Psychology Group help you manage your feelings. Contact us online or visit our offices in Tampa today for more information about our services or to schedule an appointment.