Multitasking: Not as Good as You May Think | Rice Psychology

We are wondering if you can relate to the following vignette:

I hate to admit it, but I was reprimanded at work the other day for making a mistake right before one of our biggest presentations. The thing is, I honestly thought I was doing a very good job leading up to the big moment. I was taking all of the calls I needed from our clients, making pages upon pages worth of notes and doing my research online almost simultaneously. I guess I must have skimmed over some really important information that set back our entire team. My boss was understandably upset, but he did give me a piece of advice, “You have to slow down sometimes.” I don’t know, I guess trying to do everything at once is not as effective as I thought it was. 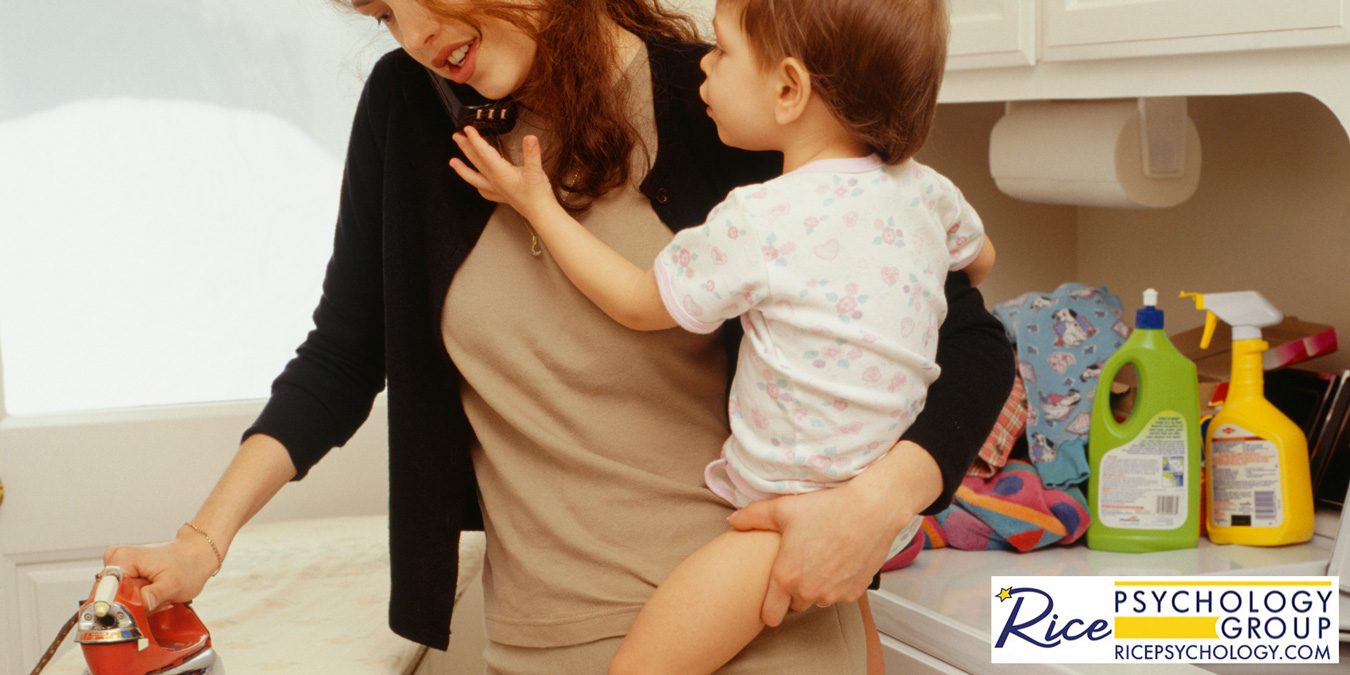 Chances are you’ve found yourself at your office trying to get some work done while keeping in touch with your friends on Facebook and making small talk with your coworkers – all at the same time. Or perhaps you regularly prepare dinner while also checking social media, helping your child with homework and straightening out the mess on the kitchen counter. Would you describe these activities as multitasking? And do you see multitasking as a positive and productive skill that we should all strive to do well?

Unfortunately, multitasking is not nearly as beneficial as you may think. In fact, experts, such as Stanford professor Clifford Ness, say multitasking tends to keep you from concentrating and learning. Additionally, research has shown that we are often not multitasking at all. We are quickly switching back and forth between two or more activities. This means that we are constantly starting, stopping and switching.

Thankfully most of us can multitask if it involves walking and chewing gum, as neither requires too much conscious brain power. But once we up the ante to try to do two more demanding tasks at once, we may be asking for trouble. Also, trying to do two things that utilize the same part of the brain, such as writing an email and listening to someone talk, is almost impossible as they are both language-based, or verbal tasks.

What are some reasons for you to keep an eye on your multitasking efforts?

Getting yourself to concentrate on just one thing at a time can be tougher than you think if you aren’t used to it. Fortunately, help is available and change is possible! Let us know if you’d like to discuss how with one of our licensed psychologists in Tampa.

If you’re preparing for a big exam while watching your favorite show on television and checking your phone for text messages, you may end up bombing the test. This, in turn, can cause you to stress more compared to just studying for the exam and doing nothing else. When researchers from the University of California, Irvine measured the heart rates of employees with and without constant access to their emails, those who continuously received mail were in a state of constant alert. Those without a stream of emails tended to multitask less and stayed more relaxed than their counterparts.

As you can imagine, multitasking can often make us scatterbrained. This can make it extremely difficult to maintain our attention for even a few minutes. When MRIs were taken of individuals while driving, researchers found that adding just one more activity decreased their attention to the road. In fact, listening to a passenger’s conversation can dramatically lower your attention by 37%.

You may think that multitasking keeps you on top of different activities at once, but it actually does the opposite. Research from the University of London found that people who multitasked while working on cognitive activities showed significant drops in IQ, similar to people who smoke marijuana. Even just knowing that you have unread emails, for example, can lower your IQ by 10 points!

According to a University of Sussex study, people who use multiple devices simultaneously, such as a phone, computer and television, show less brain activity in the anterior cingulate cortex – the section that oversees emotional control and empathy. This means that multitasking can potentially make you less friendly!

Working on several tasks at once will actually take you longer to finish them. Click To Tweet

Multitasking is a great way to get things done faster, right? Wrong! Working on several tasks at once will actually take you longer to finish. In fact, a 2008 University of Utah study found that drivers who talk on their phone while on the road take longer to reach their destinations.

According to experts, switching between tasks can cause a 40% decrease in productivity. Multitasking can also cause you to make errors more frequently, especially if the tasks you’re working on require a large amount of critical thinking.

If you read your favorite magazine while watching your favorite show, chances are you’ll miss out on important details from both. Yet, even interrupting one task to focus on the other can cause enough disruption to your short-term memory. In one study, University of California, San Francisco researchers asked people to focus on one scene, then abruptly changed it to a different image. Participants aged 60 to 80 had a harder time recalling the first scene than those in their 20s and 30s. As we age, our brains have a harder time getting back to one task even when they’re slightly interrupted.

As you can see, multitasking is not always as great as it seems. But what can you do to stay on top of several things while staying productive? Perhaps some of the following tips can do the trick:

If you notice that you’re still having trouble dealing with a multitude of tasks, perhaps therapy can help. Our team of licensed psychologists can help by showing you some effective techniques. In fact, Rice Psychology Group can walk you through some time-management skills and teach you to change your thought patterns that lead you to multitask. We understand your desire to excel, and also know that your mental health is a huge priority. For more information about our services, visit us in Tampa today or give our helpful staff a call.