No More Stigmas: Speaking Out About Your Anxiety and Depression | Rice Psychology 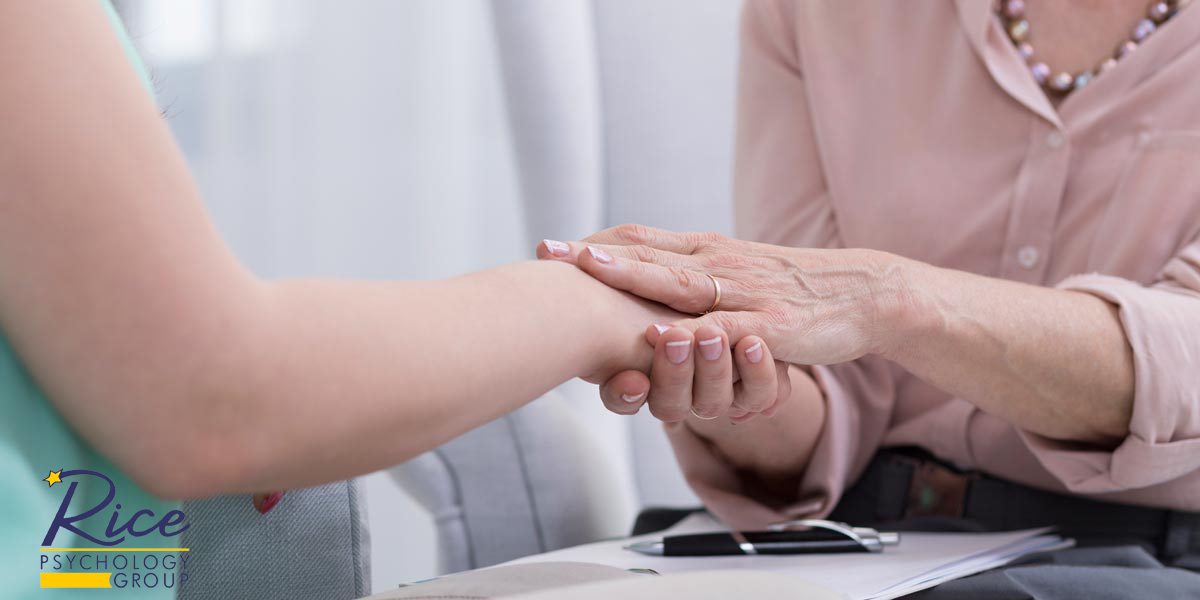 On June 5, we lost fashion icon Kate Spade. Many of us knew her brand and loved her purses, iPhone cases and accessories. What most in the public were completely unaware of was that under that lighthearted and creative exterior lived a woman who suffered terribly from depression and a fear of “being found out”. She worried that if her struggles with depression were made public, it would tarnish her image and damage her business. It’s heartbreaking that she was so afraid of what others would say if she privately sought help and spoke out about her mental illness.

On Friday, June 8, it was reported that popular chef and CNN program host Anthony Bourdain had also passed away due to suicide while in France. Bourdain was famous for hosting Parts Unknown and had grown a large fanbase due to his likeably personality and talent for storytelling.

Anxiety and depression are two very difficult things to deal with on a daily basis. Click To Tweet

Anxiety and depression are two very difficult things to deal with on a daily basis. In today’s culture, speaking out about these two can be hard since many consider dealing with mental health and behavioral issues to be something unusual and even a sign of weakness or a character defect. This couldn’t be further from the truth.

According to the Anxiety and Depression Association of America, three in five people will deal with depression at some point in their lives, and around 44 million Americans suffer from anxiety. Also, according to the Centers for Disease Control and Prevention (CDC), in 2016, 45,000 Americans over the age of 10 died by suicide, which is the tenth leading cause of death in the United States.

With these numbers in mind, it’s important to know that you aren’t alone if you’re dealing with either anxiety or depression. If you’re still on the fence about speaking out about your issue, then read on to learn why you shouldn’t be.

The first step in feeling better about your situation is knowing and accepting that you’re dealing with something serious. Actor Wil Wheaton recently wrote a piece about his battle with anxiety and depression that’s both inspiring and brutally honest in how he was affected. Accepting that what you’re going through isn’t strange and doesn’t makes you “weird” is a strong first step to finding help and feeling better.

Someone to Help You

Now that you’re aware that these are issues that require attention, it’s time to figure out how to address them. Dealing with anxiety and depression on your own is typically not so useful. It won’t “just go away” if you ignore it and pretend it isn’t there. Remember, there are trained professionals out there who have built their professional careers in treating these problems, so don’t shy away from seeking one of them out!

Sorting Through Your Feelings

We understand that when you’re feeling overwhelmed with things like depression or anxiety, it can seem like the world is about to come crashing down on you. A licensed professional will be able to understand what you’re experiencing and can help you navigate through these negative feelings until you reach the light at the end of the tunnel. This person will not look down on you because he/she will not see your feelings as being part of a stigma at all!

If you’re dealing with anxiety or depression, and most critically, if you’re having thoughts of hurting or killing yourself, then it’s extremely important for you to seek help. We know it can be embarrassing and difficult to even think about talking with someone about how you’re feeling, but talking about what’s going on can bring enormous relief. We strongly encourage you to take that first step.

Talk with a friend, family member, someone from your church or temple, your physician or just browse through listings on the Psychology Today Therapist Directory. Find someone you think that you might like. Send them an email or give a call. It takes courage to ask for help, but once you do, you may wonder why you waited so long.

There are also other resources online that can help you if things are becoming too overwhelming, such as the National Suicide Prevention Lifeline, which can be reached at 800.273.8255. If you’re in the Tampa area, know that Rice Psychology is here for you as well.