Gaming College Students: Is Your Child’s First Year at School Destined to Result in “Game Over”? | Rice Psychology

My sister Leslie spent Memorial Day weekend with us and brought something to my attention that’s now worrying me. She mentioned that Joseph, my son, spent most of the visit in his room at his computer playing video games. I really didn’t pay too much attention since he usually keeps to himself when we have guests, but it’s something that needs addressing. You see, she mentioned that her coworker’s son recently came back home halfway through his first year of college. The reason was he flunked out of classes due to his videogaming addiction and not studying. I know games can be addicting, but I honestly hadn’t realized that once Joseph goes to college, there won’t be anyone to force him to study, do his chores or finish his homework. I still have a couple of years left before he leaves, though, which I will spend trying to help him control his habits. 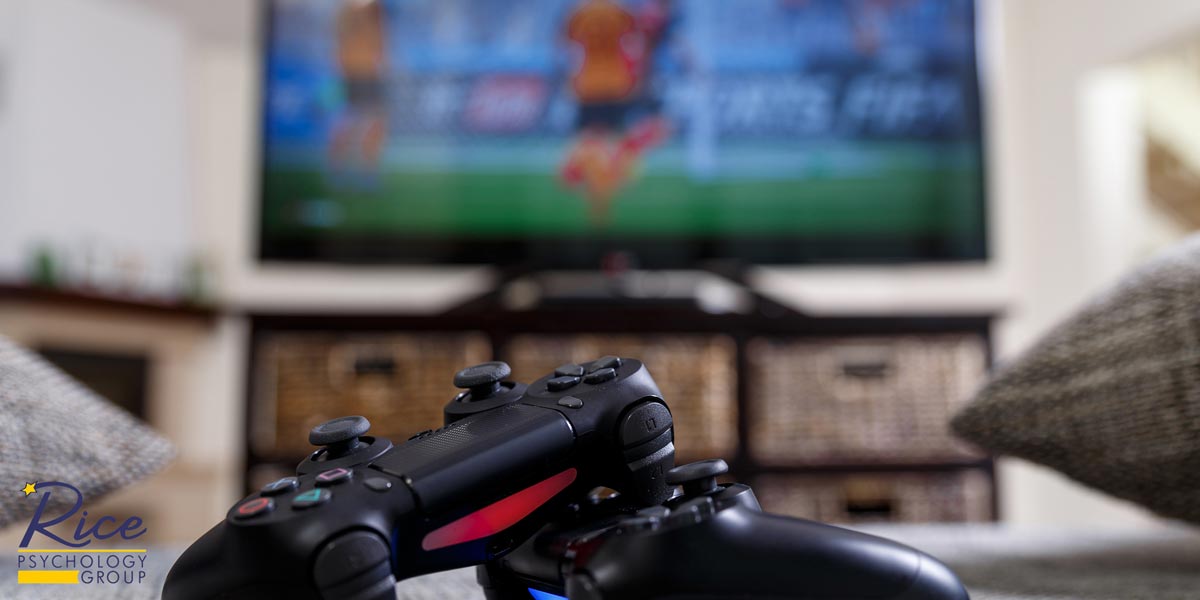 Over the last few years, gaming has evolved from a simple hobby to a way of life for many people. Click To Tweet

Over the last few years, gaming has evolved from a simple hobby to a way of life for many people. In fact, its popularity has grown so much that it’s actually become a career for some highly-skilled players! The old idiom, “Do what you love and you’ll never work a day in your life”, really holds true to this. But, while few are lucky enough to call this pastime their job, others are forced to try and squeeze it into their daily lives whenever possible.

Problems arise when some avid gamers squeeze their hobby into more and more hours of their day (or night) until their entire week is filled with gaming, and everything else is pushed to the backburner. At Rice Psychology Group, we understand that this can be especially worrying for parents of kids who are obsessed with gaming and are about to enter college life and its sense of newfound freedom.

According to a study published by the National Academic Advising Association, 85% of college men are gamers, and one in eight of those develop the standard patterns of addiction. It’s important to note that, according to this same study, 65% of girls play video games, although the numbers seem to be evening out.

The problem is so alarming to parents and professors alike that, according to Tracy Markle, MA, LPC, of Collegiate Coaching Services, the overuse of gaming is constantly talked about in all departments and is often identified as a key factor of student academics, mental health and social problems at school.

Markle goes on to say that the overuse of technology is generally linked to “student isolation problems, depression, low grades, lack of self-care, poor diet, sleep problems and substance abuse.” With so many issues attributed to technology and gaming, it’s no surprise that many kids’ time at college is short-lived, but what is the best way to fix the issue?

If your kid’s college education is to be successful, help him/her with their addiction (or preoccupation) to gaming before they leave. Some of the most important things you can do include:

Addiction can be damaging to anyone’s life, which is why it’s so important to do something about it before it’s too late. The Tampa-based psychologists at Rice Psychology Group are determined to help you and your loved ones find the path towards feeling better today. Whether you’re trying to overcome your own addiction to gaming or are looking to understand someone else’s, know that our team wants to help. Contact us for more information about our services.