Teen Suicide: How to Talk About it with Your Child and What to Look Out For | Rice Psychology 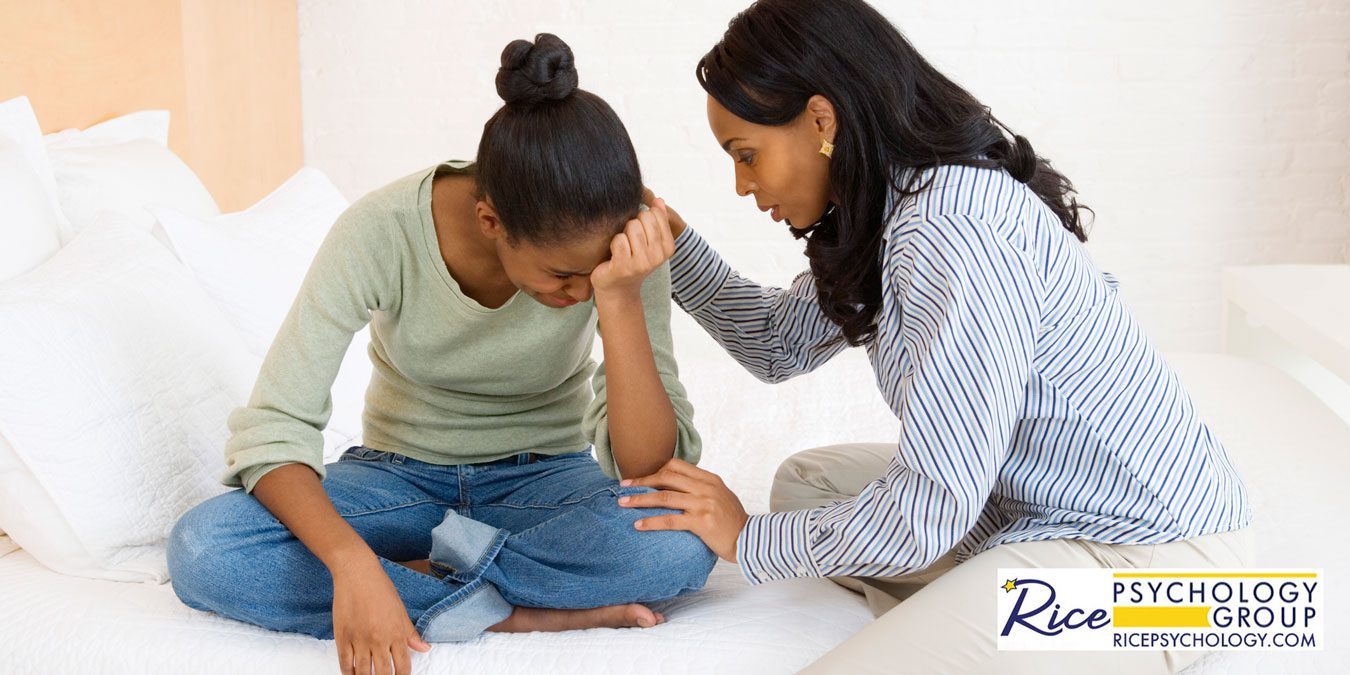 I cannot believe that I am even writing this, but last week I found out that one of my son’s classmates committed suicide. They weren’t particularly close, but I could see that Anthony was very upset about it. After all, he’s only fifteen. Of course, I know that there’s a period of grief after someone’s death, but the idea of talking to my own son to help him process or understand why his classmate might have killed himself is beyond me. It’s such an important and sensitive subject, and I want to make sure I do it the right way.

If you follow pop culture closely, then you’ve probably heard of 13 Reasons Why, the new hit program on Netflix. It tells the story of Hannah Baker, a young girl who takes her own life. The show has brought the topic of suicide to the forefront of social conversation, but the truth is that the subject has been serious for a very long time.

According to the American Foundation for Suicide Prevention, 44,193 Americans take their own lives each year. Suicide additionally ranks as the tenth leading cause of death in the U.S. and there are 121 suicides per day on average. In people aged 15 to 24, suicide ranks as the third leading cause of death. What can you do to explain to your teen what this topic is all about?

Contact us today in Tampa if you would like help dealing with or talking about this very serious issue.

The Facts About Suicide

One very important thing to remember about suicide is that it doesn’t have one single cause. According to Suicide Awareness Voices of Education (SAVE), there are specific factors, such as untreated depression and substance abuse, that can potentially increase the risk of suicide. In fact, according to SAVE, there is a strong correlation between mental illnesses and suicide. Some of the most common risk factors include:

One very important thing to remember about suicide is that it doesn’t have one single cause. Click To Tweet

Teen suicide is an awful topic to have to think or talk about, but it should never be ignored. When discussing the issue with your child, here are a few ideas to keep in mind to help get started:

Noticing suicidal tendencies in your teen may not be easy, but here are a few signs that you should look out for:

Teen suicide is an awful topic to have to think or talk about, but it should never be ignored. Click To Tweet

There’s no doubt that the threat of suicide is extremely difficult to handle. Whatever the case in your family may be, know that Rice Psychology Group is here to help. Our psychologists in Tampa are fully prepared to talk with you and/or your child in a comfortable environment to help get to the underlying issues and find the best ways to deal with them. For more information about our services, don’t hesitate to contact us today.