Loneliness, its Effects, and Why You’re Seeing it Everywhere | Rice Psychology 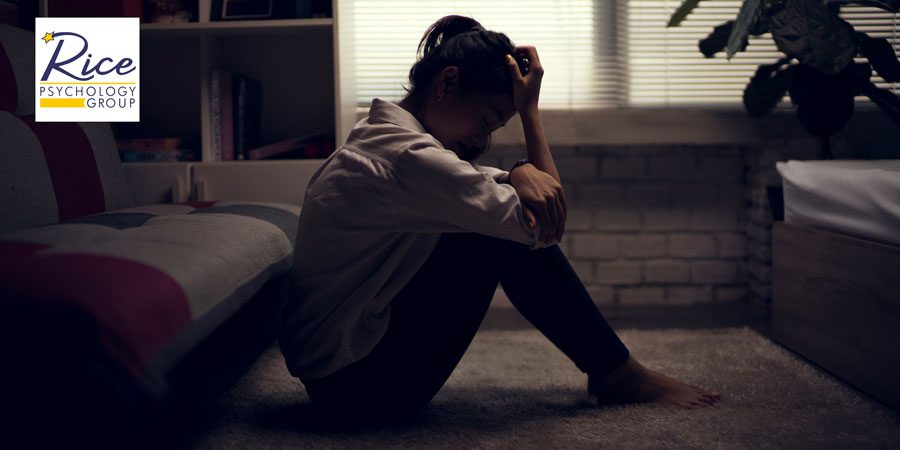 In college, I didn’t spend much time with my friends. It’s not that I didn’t have any, I just preferred being alone and didn’t feel the need to make much of an effort to get close to people. At least, that’s what I always told myself. The weird thing is, now I find myself alone a lot. It’s no longer because I prefer it but it’s just the way things have turned out for me. I moved away from my hometown and I work from home, so I don’t have daily interaction with colleagues. Also, social media just doesn’t do it for me, so I don’t frequent my social media accounts. As a result, I find myself quite lonely.

You may have noticed over the last few years that loneliness seems to be a prevalent topic. Popular shows like Mr. Robot, Baskets, and BoJack Horseman tell the stories of lonely characters, and it’s not unusual to see someone sharing a meme about how alone they feel.

According to the Health Resources and Services Administration, around one-in-five Americans report feeling lonely. And studies have also shown that loneliness and social isolation can be as detrimental to your health as smoking 15 cigarettes a day!

So why is this epidemic of loneliness so prevalent and what effects does it have on us? Our licensed psychologists and mental health counselors in Tampa want to shed some light on this very serious topic.

Why We Feel It

According to Dr. Stephanie Cacioppo, loneliness is an emotional state of mind that’s described as a disconnect between what one expects in a relationship and what is actually experienced in said relationship. In addition to the commonly experienced feelings of sadness and detachment from others, loneliness can also be experienced when physically in the presence of other people such as friends, family, and coworkers.

A few types of loneliness include:

Cigna, a health insurance company, studied 20,000 people in the United States, of which 47% reported feeling alone or left out. Studies in the United Kingdom and Japan have revealed very similar findings.

While there is no clear reason as to why loneliness is booming, one explanation highlights the aging baby boomer population. They have experienced more divorces and have fewer children, which tends to lead to loneliness in old age.

The digital age has also created generations of freelancers who do not have a regular workplace, one of the primary places where socialization happens. The cultural move towards getting married and having children later in life is another reason why adults have found themselves with a lonelier existence in their mature years.

Finally, social media, which was designed to keep us connected, can make us feel isolated and left out. When pictures of friends and family having a great time bombard us, we often feel a sense of dissatisfaction with our own lives, which leads to more detachment and loneliness.

In 2010, researchers at Brigham Young University discovered that loneliness could knock 15 years off one’s life. This is the same impact as obesity or heavy smoking. Some other studies have found a connection between loneliness and health problems such as:

It’s important to remember that, without a support network, people are much more likely to develop unhealthy habits. These habits could then lead to a lifestyle that is impacted by disease or mental illness.

Fortunately, there are several ways to combat loneliness. Some may sound impossible to do, but they aren’t, and the rewards can help you overcome your loneliness:

Feel Better with Our Help

While being alone can feel very comfortable for some, loneliness is another story and can be quite painful. We want you to know that there’s a way to distance yourself from feeling this way. At Rice Psychology Group, we’re here and ready to help. Our team will listen to your story in a comfortable, non-judgmental environment where you can open up about your feelings. We’ll do our best to provide some ways to help you get away from feeling lonely. Contact us today to set up an appointment.