Sideline Parenting: The Effects on Your Children and Their Performance in Sports | Rice Psychology

The president of the American Youth Soccer Organization recently spoke about a teenager who had always played soccer, then one year refused to try out. He chose snowboarding instead. He was asked why. “My dad doesn’t know anything about snowboarding,” he said. “And, you know, it’s cold on the slopes, so he doesn’t come and watch me. So, I get to snowboard without someone yelling at me all the time.” 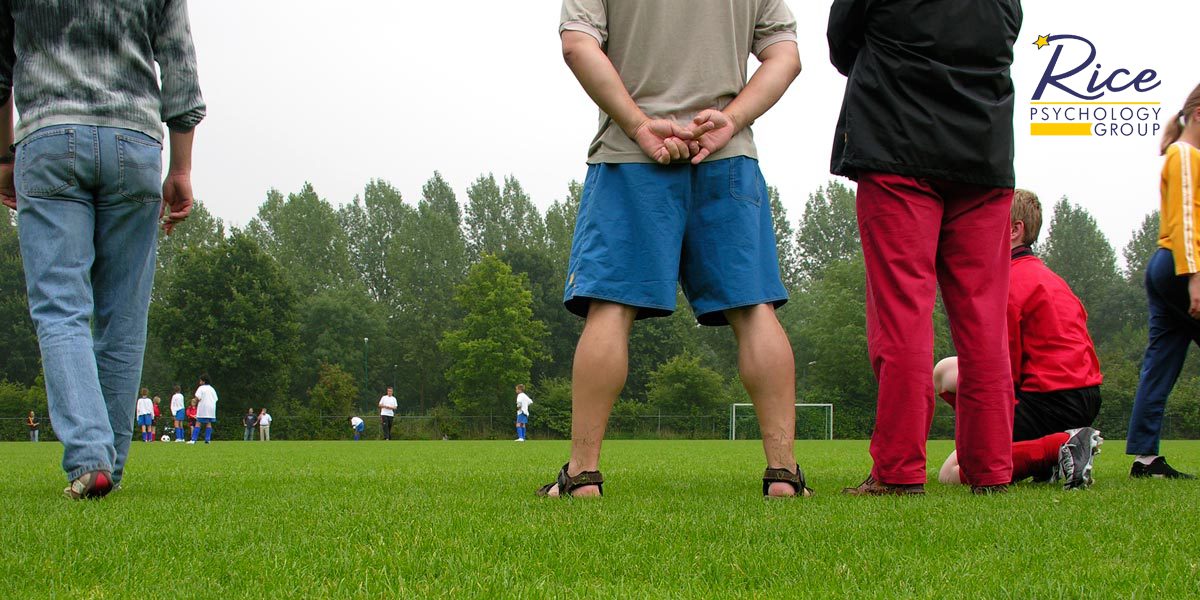 Psychologist Kay Redfield Jamison is quoted as saying, “We play because we have an exuberance of spirit and energy, but we are also exuberant because we play.” I imagine that if you’re reading this, you have some fond memories of participating in a sport when you were a kid.

The merits of this sort of participation have been researched and well-documented for decades with the biggest benefits resulting in an increase of self-confidence, time-management skills and positive body image, as well as a decrease in depression, instances of teen pregnancy and smoking. In addition, a 2005 study by the U.S. government found that athletes are more likely than non-athletes to attend college and graduate.

As parents, grandparents and guardians, we understand the importance of providing opportunities to participate in organized sports for our children, but what about our roles? Unfortunately, there seems to be an ever-growing catalog of anecdotes (and even videos) of parents behaving badly on the sidelines. In fact, emerging studies are cautioning against some tendencies of modern parents – the relentless pressure we put on our children to work too hard, succeed too mightily and specialize too quickly.

A big source of stress, as described by these young athletes, comes from the expectations parents place on them. For example, a study of wrestlers aged nine to 14 showed that their biggest pre-match worries were related to how their parents would respond if they didn’t perform well.

A different study of 13-year old skiers found that athletes who feared their parent’s “disappointment or disapproval” performed worse in the competition, while those who saw their parents as “supportive and positive” performed better. 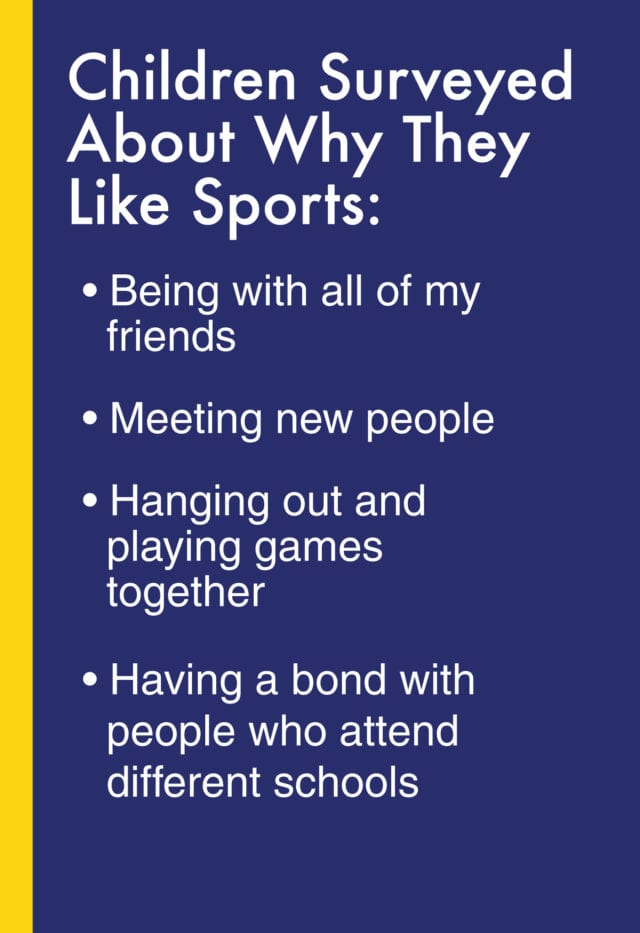 Our children crave our support and not necessarily our prowess with the X’s and O’s. One coach told me, “It’s okay to cheer for them but stop telling them what to do. I’m telling them to run a play. You’re yelling at them to shoot. You’re confusing them.”

Parents also aren’t talent scouts. Research suggests that the more we drive our kids to excel in a particular sport, the higher the odds are that our child will drop out before they even have the chance to become good. The most important thing for children under 12 to do is to enjoy the game. Nothing more.

Fortunately, there are coaches and parents who are already hard at work developing a system to help support our children athletes. Here are some tips to consider to help your child have fun and achieve success.

Be driven, don’t drive – Don’t push sports on your kid, wait for them to push you. It’s hard for a child to be driven when he or she has been driven all the time by their parents.

Define your goals – Parents and kids, complete the activity below individually to help understand the differences in perspective and goals:

No verbs – Cheer, but don’t give directions when your child is playing a sport. You can say “good pass”, but don’t say “pass it to her.” You can say “nice shot”, but not “shoot.”

Flush the toilet – Parents, devise a “mistake ritual” with your kids whenever either of you makes a blunder.

“You’re the type of person who…” – Ask your child three things they remember about the game, then tell them three things you remember. If he/she mentions something negative, respond with something like, “Sure you didn’t get a hit, but I want you to know, one of the reasons I like you is because you’re the kind of person who doesn’t give up easily or keeps practicing until you get it right.”

We Want to Help

So, go ahead, embrace your inner cheerleader! Your athlete will (most likely) be grateful for the support. And, as always, if you or your child would like support with navigating the pressures and expectations of organized sports, then reach out to our psychologists in Tampa today!