Men and Their Unwillingness to Talk About Their Mental Illness

I grew up in an old-fashioned household where everyone had defined roles. The kids focused on school and chores, my mother cared for the house, and my father worked in construction. My father is the type to keep his emotions to himself and was rarely expressive. When I married, he was stoic. On the day my mother died, he was practically emotionless. He’s present physically, but mentally it’s almost as if he’s checked out. I feel that maybe he’s been dealing with a long-undiagnosed mental illness because he’s too embarrassed to talk to someone. I wish he was open and at least somewhat expressive with his thoughts, feelings, worries, and more. 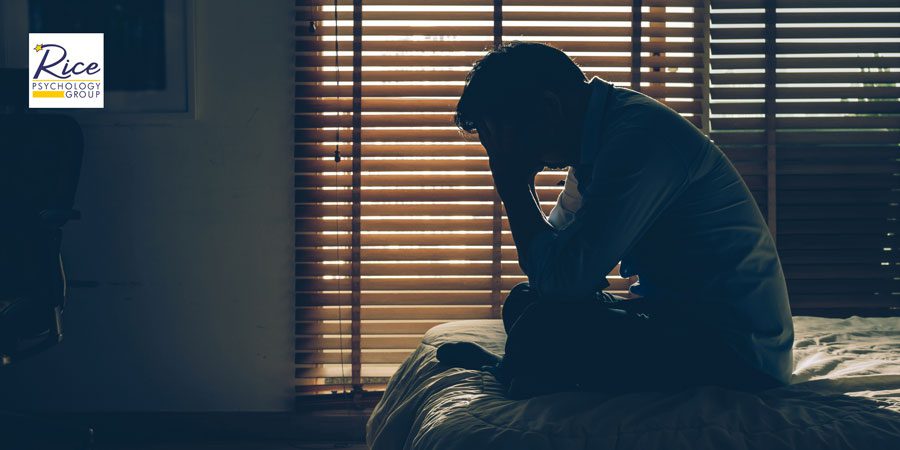 Are you a man who’s been dealing with emotional struggles that have made your day-to-day life a challenge? Do you believe that you are alone in dealing with these problems? Have you thought about reaching out to someone about your issue? If you’re afraid to, then we fully understand.

Time seems to have stood still when it comes to society’s view of speaking to a mental health professional. It’s seen as a stigma because society has already passed judgment on those who’ve been diagnosed with a mental illness. If a person, especially a man, is dealing with anxiety, depression, PTSD, or some other form of mental illness, then he’s seen as weak. This couldn’t be further from the truth.

For men, talking about your feelings and what’s troubling you can be an extremely liberating and rewarding experience. You might literally be lifting a weight off of your shoulders by speaking to a professional about your troubles. Our Tampa therapists and psychologists want to invite you to read on about the importance of speaking about your mental issue.

Statistically, there are certain groups of people who are at a higher risk of depression and committing suicide. For instance, people in the LGBTQ+ community, specifically those who identify as transgender, are one of those groups as well as ex-military personnel. Similarly, men, as a whole, are statistically more likely to commit suicide. In the U.S. alone, 78% of all suicides involve men.

According to Dr. Grant Blashki, a general practitioner and associate professor at the Nossal Institute for Global Health, the number of men who die by their own hand is three times greater than those who die in car accidents. This comes as no surprise when you consider the following statistics:

We’re still a long way from eliminating the stigma surrounding men and their need to get help for their depression, anxiety, or other mental health issue. However, some famous men are becoming more open about their personal experiences and might help in making the topic more socially acceptable:

The reality is that the struggle with one’s mental health and being diagnosed with a psychiatric or mental health disorder can affect men, women, and children of any age or background. And we can do our part to ensure that everyone has the opportunity and feels safe to discuss their troubles. If there’s a man in your life who may be struggling with their mental health, you can:

Living with anxiety, depression, OCD, or relationship or work stress can be overwhelming, weakening, and isolating. Even if you don’t know why you are feeling down or know you’re just not feeling quite like yourself, we want you to know that you aren’t alone. At Rice Psychology Group, we are here and would be glad to help. Contact our Tampa psychologists today to find out how we can help you and your loved ones.