Smartphone Talk: Is it Time for a Screen Diet? - Rice Psychology

My husband and I went to our anniversary dinner last night and had a great time! We talked about the last year, our goals for the future and even about the possibility of having kids! We’re both really excited, but just as we were discussing a family, we looked up to a sea of kids sitting with their families, with their faces glued to their phones. Now, I know smartphones are a huge part of life nowadays, but it was quite surreal to see so many glowing faces interacting with their screens but not their parents. We talked about potentially limiting our future children’s time with smartphones, but technology is moving so fast that I don’t even know if that will be possible! 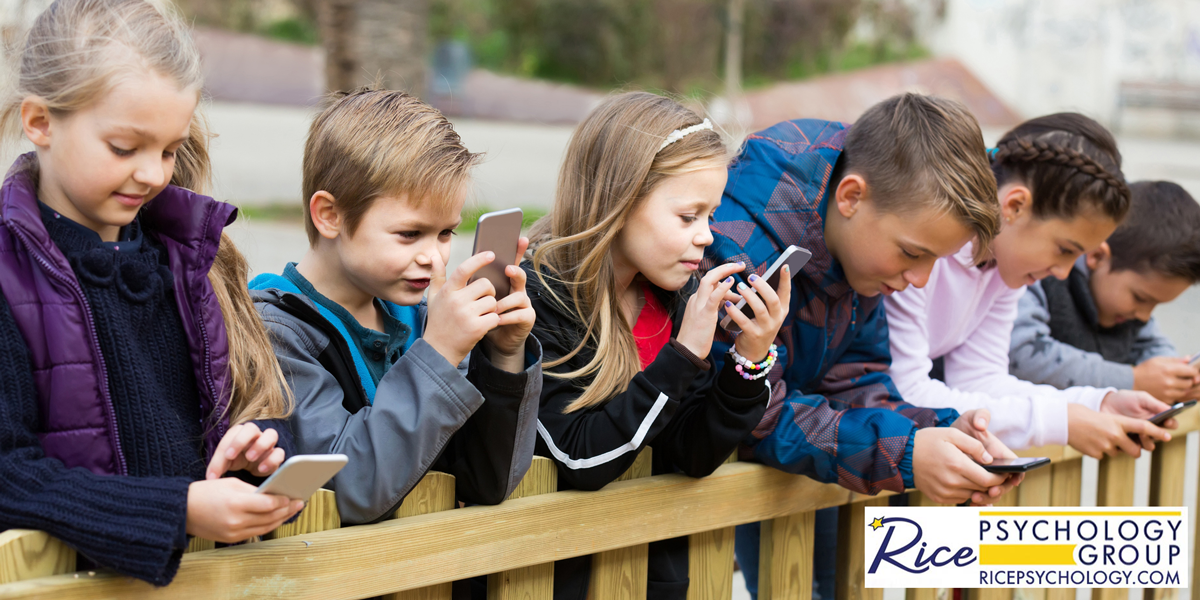 Chances are you’ve been in the same situation. You’re talking to a group of people when, one-by-one, they begin to look down at their smartphones as you speak, leaving you without an audience. Unfortunately, similar situations are becoming a lot more common, and things more than likely won’t change any time soon. However, shortly after 2018 began, two major investors in Apple urged the iPhone maker to minimize the growing smartphone addiction that children are currently struggling with.

In a world where technology is advancing so quickly, know that there are methods you can take to prevent your children from becoming addicted. Contact our psychologists in Tampa today to find out more!

A Possible Time for Change

According to several news sources, Jana Partners LLC and the California State Teachers’ Retirement System expressed their concern over the effects of social media and technology in children in an open letter to Apple. The investors, who control a combined $2 billion in Apple shares, urged the tech giant to work on ways to mitigate the addiction children have to its devices, claiming it could prove to be beneficial in the future.

“As one of the most innovative companies in the history of technology, Apple can play a defining role in signaling to the industry that paying special attention to the health and development of the next generation is both good business and the right thing to do,” the letter emphasized.

The letter additionally cited examples from different studies, such as a UCLA study and a survey from the American Psychological Association, which included negative effects such as:

To kick-start a change, the investors proposed establishing a committee made up of experts, including child development specialists, offering Apple’s immeasurable information to researchers and giving parents more device options to safeguard their children.

If you’re unfamiliar with the effects that technology and social media can have on your kids, perhaps the facts we previously presented from an article published by The Atlantic can give you an idea:

Now, we understand that these facts are hard-hitting and frightening, but there are ways to take a stand for your children’s mental health. As we highlighted in a previous blog, you can:

Turn any mistakes your children make on social media into teachable moments by showing empathy. Click To Tweet

The truth is, technology can be scary, but it’s our job as adults to teach our kids to understand and use it properly for the sake of their health. If you need help doing this, know that Rice Psychology Group is here for you. Our psychologists in Tampa are ready to walk you through the process, answer any of your questions and help you find the solutions that best fit your situation. Whether you or a loved one are in need of help, don’t hesitate to give us a call today.