ADHD in Girls and Women: How it Differs from What We Typically See in Boys and Men | Rice Psychology

I just got off the phone with Maggie’s teacher an hour ago. It’s the third time she’s called me this month and it’s always for the same reason. Apparently, Maggie is extremely chatty. Like, too chatty. I kind of figured it was normal for girls to be chatty. After all, she’s been this way since she learned to speak and became more talkative when she started elementary school. I’m starting to wonder if this is in some way related to her ADHD. I always assumed kids with ADHD were fidgety and hyperactive, not chatty. 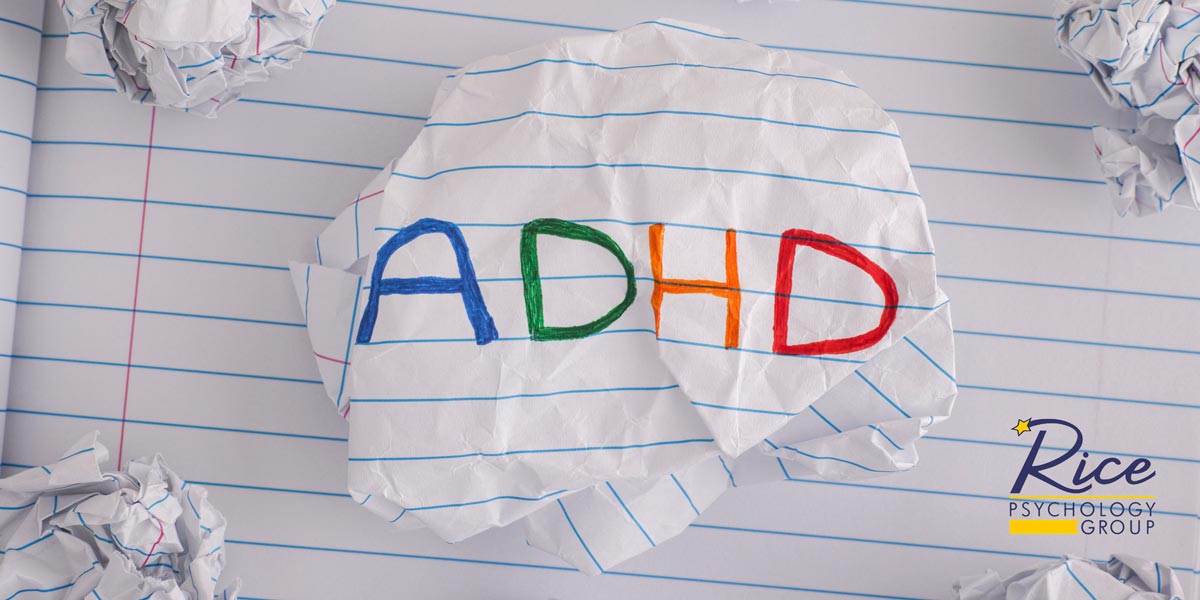 A report in the Journal of the American Academy of Child and Adolescent Psychiatry claims that boys are almost three times as likely to be diagnosed than girls. That leads us to the question: are girls less likely to experience ADHD? Or is there something more to the situation? Our Tampa psychologists and therapists invite you to read on to learn more about the topic.

A Traditional Look at ADHD

ADHD affects about 10% of children and 4% of adults. The disorder can make it difficult to plan, organize or even complete simple tasks. It can sometimes be evident as early as pregnancy with an extremely active baby in utero. However, some people may not be aware of the disorder’s symptoms in girls until later in life. Additionally, the symptoms are not always obvious as they are often not easily observed by others.

However, because the diagnostic criteria were developed based on hyperactive boys with ADHD, the current triad of symptoms required for a diagnosis cluster into these three categories:

In an article for ADDitude, author Maureen Connolly tells the story of Andrea Burns, a university student who wasn’t officially diagnosed with ADHD until her freshman year at Indiana University. According to the story, Andrea exhibited signs of ADHD since middle school. For all intents and purposes, she perfectly fit the profile of a girl struggling with the disorder. Why did it take so long for her to be officially diagnosed?

Patricia Quinn, M.D., director of the National Center for Gender Issues and ADHD, believes girls exhibit their hyperactivity differently than boys. For instance, a boy might fidget around at his desk and yell out answers without raising his hand.

In contrast, a girl’s hyperactivity is often expressed as incessant talking or an internal sense of restlessness and discomfort. It’s for this reason that teachers and parents will often view her as chatty and nothing else. Quinn additionally states that girls are more likely to suffer from inattentive ADHD, a sub-type of the disorder. It exhibits less disruptive and obvious symptoms.

And because professionals often use behavior-rating scales completed by parents and teachers as key parts of making an ADHD diagnosis, if the symptoms are not easily observable or don’t cause problems, they can be missed and delay a diagnosis.

In other words, a hyperactive boy will be easier to notice than an inattentive girl. Of course, these are just some of the many reasons why girls are diagnosed with ADHD less frequently than boys. The fact remains the same: both boys and girls deserve the same level of help and care.

One of the first names used to describe the diagnosis we currently call ADHD was “minimal brain dysfunction.” How far we’ve come! In the 1980s, the official name continued to evolve and offered an option to include inattention without signs of hyperactivity. This changed the way we were able to diagnose. It also slightly improved the situation for often overlooked inattentive girls whose behaviors didn’t resemble symptoms seen in boys.

Hormones is another topic that is critical to consider with ADHD. Estrogen levels increase around puberty, which is, not surprisingly (or coincidentally), a time when behavioral issues often arise for girls. In boys, hyperactivity often decreases after puberty, leading many specialists to believe that they’ve “outgrown” their ADHD. In the last diagnostic manual, symptoms had to be present prior to age 7. This meant that many girls who didn’t begin to show impairing symptoms until puberty when estrogen levels increase were ineligible to be diagnosed.

Furthermore, for girls, peer interactions and socialization can be affected differently compared to boys. Girls with ADHD are at risk of retreating or withdrawing socially due to missing verbal cues caused by slowed processing, inconsistent attention and trouble remembering details from conversations. This can cause them to appear oblivious to the feelings of others, leading others to assume that they are selfish or too self-absorbed. Boys, on the other hand, often externalize their frustrations with peer interactions by blaming others.

Please recognize that we are talking in broad generalities when we describe how ADHD can differ across genders. We know that ADHD is one of the most heterogeneous neurodevelopmental disorders. While there certainly are similarities, each person’s struggle is unique.

Our Tampa Psychologists and Counselors Want to Help

The licensed psychologists and mental health counselors at Rice Psychology Group want to be of service in any way we can. Our doors are open to you and your loved ones irrespective of gender, age and current life challenge. And, if we aren’t the right fit, we will do all we can to help you find alternatives.

You can rest assured that each member of our team will work hard to ensure that you receive the help you need. Visit us in Tampa today and tell us your story so that we can find the best ways to help you together.