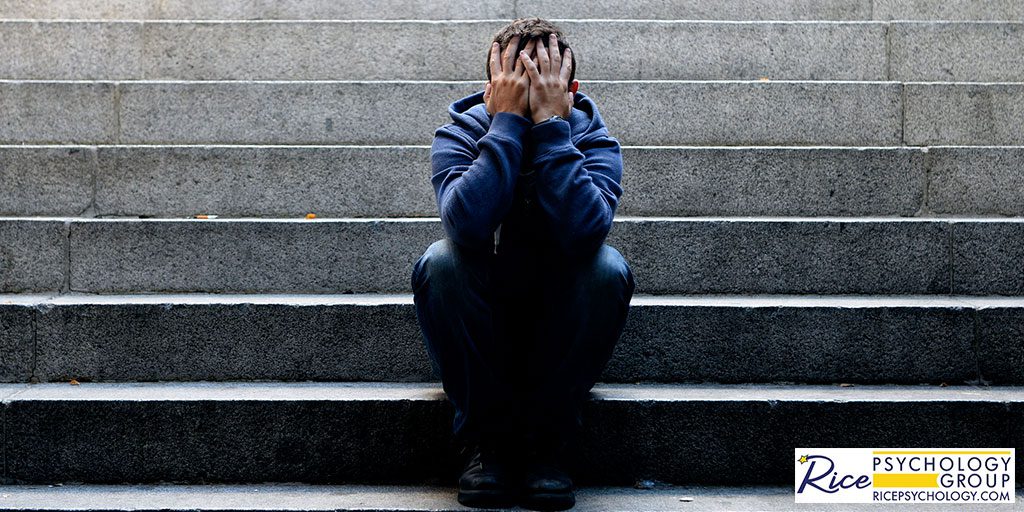 I have to admit that I haven’t felt like myself lately. Actually, I’m not even sure what truly feeling like myself is like anymore. I often find myself trying to battle the most uncontrollable worries imaginable: a sense of panic and overall restlessness. The funny thing is that I can’t find a reason why I’m feeling this way to begin with. I mean, I experience stress from work and normal issues at home, but is this enough to make it as overwhelming as it is?

Do you remember standing in front of your classroom, feeling anxious as you prepared to make a presentation in front of your peers? Perhaps you felt the exact same way when you received a promotion at work along with all of its new responsibilities. While these feelings of anxiousness are relatively normal, they aren’t the same as anxiety disorders.

At Rice Psychology Group, we believe it’s important to fully understand the anxiety disorders that make an impact in your family’s life. Contact us today to address the issue.

According to science journalist Robin Marantz Henig, anxiety isn’t exactly fear. This is because fear is often focused on a tangible danger (something that’s real and objective). She goes on to explain anxiety as more of a “generalized sense of dread” of something that could potentially not even be there.

When a sense of worry disrupts our daily functioning, it becomes a clinical anxiety disorder. This is something that our nation is extremely familiar with. According to the National Institute of Mental Health, an estimated 40 million adults are affected by anxiety in America, making it one of the most common mental illnesses. There are several forms of anxiety disorder, with the four most common being:

When a sense of worry disrupts our daily functioning, it becomes a clinical anxiety disorder. Click To Tweet

According to experts in the field, the cause of anxiety disorders has yet to be identified. However, they are known to arise as a result of several factors, such as genetics, stress-inducing settings and changes in the brain. Every anxiety disorder and individual can exhibit different symptoms, but they generally include:

According to experts in the field, the cause of anxiety disorders has yet to be identified. Click To Tweet

Let’s Work Through it Together

Anxiety disorders have the overpowering ability to keep you and your family from enjoying the simplest things in life. If you or someone you love has been struggling with this issue, know that you are not alone.

The psychologists at Rice Psychology Group will work with you and your loved ones to help you understand your situation and find the most effective way to move past it. Our psychologists in Tampa are ready to talk with you at the pace you require and with all of your needs in mind.